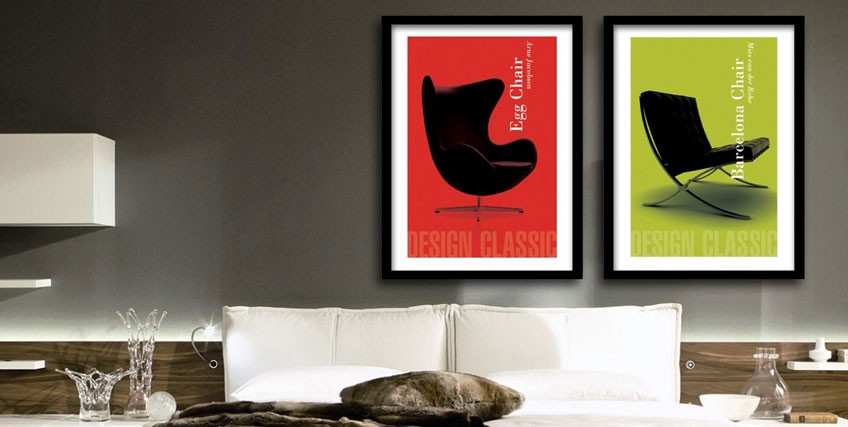 Coco Chanel once said “Fashion fades, only style remains the same” as with all good design, whether it be architecture, interiors or funiture, classic design passes the test of time.

We chose three furniture design icons, Barcelona Chair, Egg Chair and Vitra Chair for our Design Classics art print range, celebrating the work of the most influencing designers of the last century, whose creations are still sought after by the style conscious wanting to make a statement.

The Barcelona chair is a chair designed by Ludwig Mies van der Rohe and Lilly Reich. It was originally designed for the German Pavilion, that country’s entry for the International Exposition of 1929, which was hosted by Barcelona, Spain. It was first used in Villa Tugendhat, a masterpiece of Mies van der Rohe in the City of Brno.

Although many architects and furniture designers of the Bauhaus era were intent on providing well-designed homes and impeccably manufactured furnishings for the “common man,” the Barcelona chair was an exception. It was designed for the Spanish Royalty to oversee the opening ceremonies of the exhibition and described by Time magazine as inhabiting “his sumptuous German pavilion.” The form is thought to be extrapolated from Roman folding chairs known as the Curule chair – upholstered stools used by Roman aristocracy. And despite the industrial appearance the Barcelona chair requires much hand craftsmanship.

Arne Jacobsen designed the Egg™ (1958) for the lobby and reception areas in the Royal Hotel, in Copenhagen. The commission to design every element of the hotel building as well as the furniture was Jacobsen’s grand opportunity to put his theories of integrated design and architecture into practice. The Egg is one of the triumphs of Jacobsen’s total design. Arne Jacobsen was and is an admired and outstanding designer. While the significance of Arne Jacobsen’s buildings was less appreciated, his furniture and other design work have become national and international heritage. 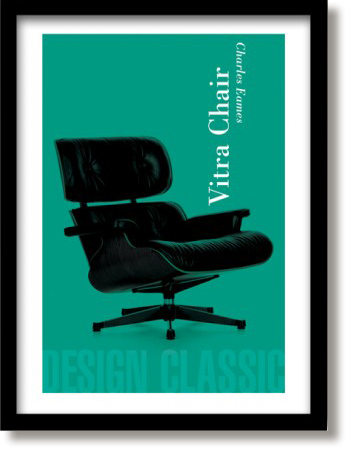 Like many of the Eameses’ furniture designs, the Vitra Chair was the result of  ’s cooperation with Eero Saarinen in 1940, when both participated in the New York MoMA’s “Organic Design in Home Furnishings” competition. Based on the arm chair exhibited there made of a single piece of three-dimensionally shaped plywood for the seat and back, Eames Office prototypes were created in 1946 using three separate bent plywood elements for shoulders, back, and seat; these were connected by hard rubber discs. Tubular steel and plywood structures were tried out as supports. At the same time, the division between the individual functions through the segmentation of the structure and the use of different materials gives the chair a technical appearance. This linking of a technically mature modern structure with luxurious sitting comfort soon turned the chair into a beloved (and expensive) status symbol.