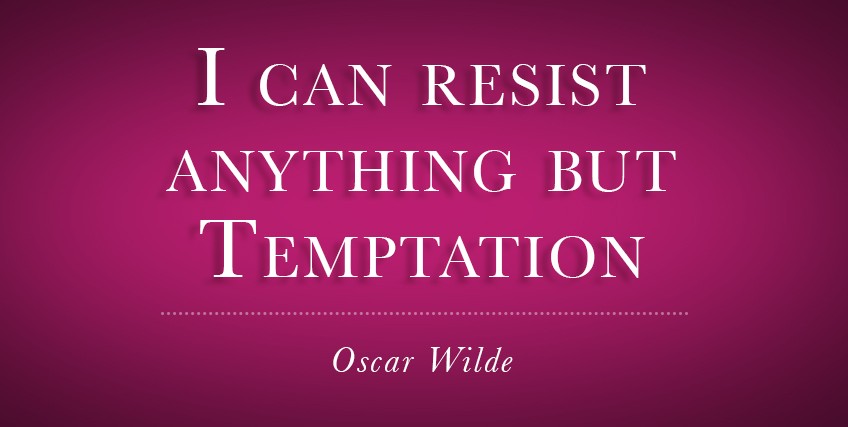 Wit is a form of intelligent humour, the ability to say or write things that are clever and usually funny. A wit is a person skilled at making clever and funny remarks.

Someone who was undoubtedly famous for their wit, was playwright Oscar Wilde, who even on his deathbed remarked, “either those curtains go or I do”. Oscar was an Irish author, playwright and poet. After writing in different forms throughout the 1880s, he became one of London’s most popular playwrights in the early 1890s. Today he is remembered for his epigrams, his novel The Picture of Dorian Gray, his plays, as well as the circumstances of his imprisonment and early death. The quote we used for inclusion in our Quotation Art Prints – “I can resist anything but temptation” perhaps sums him up best.

These stylish Quotation Art Prints would make a great talking point, depicting a playful use of the quotation mark, as a caricature of the person famous for the ‘one liner’.